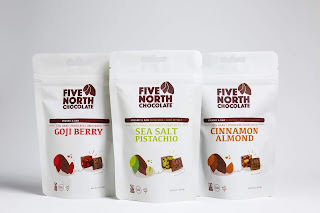 “My gut tells me this is an innovative approach to celebrating diversity - so I’m unapologetically going for it.”

That’s just one of the reasons Ben Conard, Founder of Five North Chocolate, decided to roll out his new LGBT-inclusive products, making his company the first ever to emblazon the “NGLCC Certified LGBTBE” status on a packaged good.

He made the official announcement via social media, declaring:

“I am SO excited to officially share that we are launching a fresh package design for Five North Chocolate. On the back of each package, we are featuring the 'NGLCC LGBTBE' seal and a statement on celebrating diversity as a core commitment at Five North.”

The statement on diversity is highlighted along with the products’ health benefits and the company’s commitment to fair trade, among other values. It reads as follows: “As a Certified LGBT Business Enterprise®, we celebrate diversity and we’re not afraid to wave our rainbow flag. Join us?” 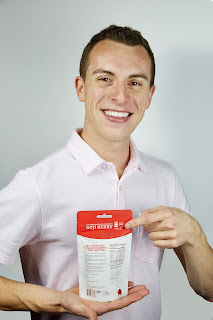 Although he now fully embraces sharing his pride on the products, Ben acknowledged, “I have to be honest, I was a little nervous to print that on the package. Even close friends and mentors raised eyebrows, asking ‘Won’t you alienate some of your customer base?’”

Despite the slight anxiety Ben experienced about being so open, he felt deep down that he must bring his full self to this entrepreneurial endeavor. “You know what your gut tells you. You know what feels right. It was much more important to recognize the role diverse people play in our world than stay silent.”

He hasn’t looked back. Five North turns two this March and with this new packaging, Ben is looking forward to “resonating with his customer base in a deep and meaningful way” as he continues to sell his products not only online, but also in a growing number of grocery chains, specialty shops and hotel minibars on Long Island and in New York City. You can find Five North Chocolate in 50 stores.

Five North’s packaging has drawn praise from NGLCC leadership and prompted an invitation to other LGBTBEs to take similar action:

“American consumers are more likely to support businesses that support equality and the LGBT community alone represents roughly $917 billion in spending power,” said NGLCC President and Co-Founder Justin Nelson. “Five North Chocolate has been an incredible example of what being loud and proud about LGBT Business Enterprise (LGBTBE) certification can do for a growing LGBT-owned business, and we’re thrilled to have Five North Chocolate feature its LGBTBE certification on its packaging. We hope other LGBT-owned businesses will follow Five North Chocolate’s example of tapping into the world of resources NGLCC can offer.”

Recently named one of Business Equality Magazine’s 40 LGBTQ Leaders Under 40, Ben reflected on his decision to make his products LGBT-inclusive, noting: “That’s what entrepreneurs do. We bring new ideas to the table (and shelf).”

Indeed they do, and we wish Ben every success as his Five North Chocolate makes its diversity mark, literally.