nglccNY Business of the Month: The Bubble Collection

This November, nglccNY   is proud to spotlight The Bubble Collection as our next featured Biz of the Month! We spoke with co-founder Gregory Cole (he/him) to learn more about The Bubble Collection's products, his entrepreneurial journey, and experience running a queer-owned business. Read the full Q&A below! Q: What is unique about your business? A: The Bubble Collection is unique because we are a direct-to-consumer brand. Our consumers are first introduced to our collection by ordering a Discovery Set of six 2ml samples on our website and they get a 20% discount towards the purchase of a full-size 50ml bottle of their choice. All of our scents are unisex, vegan, free of parabens and phthalates, and are certified cruelty-free by PETA and Leaping Bunny. We are also proud that our fragrances are made in the USA with the majority of the production taking place in the NYC metro area. Q: What does it mean to you to be an LGBTQ+ entrepreneur? A: We have always been proud members of
Read more

June 21, 2022
This July,  nglccNY  is proud to spotlight New Queer Order Enterprises  as our next featured Biz of the Month! We spoke with founders  Aaron Musgrove-Lecours, Bee Jordan, Felicia Misale, Gerson Leon, and Kamryn Jerrel to learn more about their entrepreneurial journeys and experiences running a queer-owned business: What is your business? We are a queer-owned and run cooperative that offers media platforms such as podcasting, internet radio and other vehicles for the least represented voices of the queer community.  We seek to create economic opportunities through creativity and employment.  We are a diverse organization representing disenfranchised parts of the queer community. We are looking to create real change in the community with the least amount of privilege through economic advancement and media representation.  What is unique about your business? We are a queer cooperative that concentrates on business opportunities in creative platforms and artistic projects that looks to cre
Read more 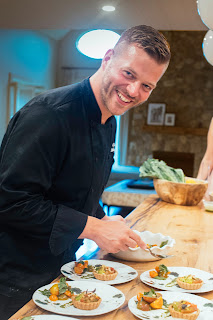 This June, nglccNY is proud to spotlight Home Grown Meals as our next featured Biz of the Month! We spoke with founder Sean Patrick Gallagher about the philosophy behind his business and what it means to him to be an LGBTQ+ entrepreneur, especially during Pride Month. Read our full interview below:  What is your business? I own a small farm-to-table private chef service based in Williamsburg, NYC. I prepare day-of private events in clients' homes. I started Home Grown Meals last May as an answer to entertaining in a time of Covid. You can have a super high end luxury meal and service in the comfort of your own home with the freshest meal prepared for you with handpicked ingredients. Reception has been incredible and I've had a laundry list of millionaires, celebrities, and billionaires who have hired me for their special events.  What is unique about your business? I handpick the highest quality ingredients and put together a luxury experience in a client's home. I provid
Read more

nglccNY Biz of the Month: 360 Magazine 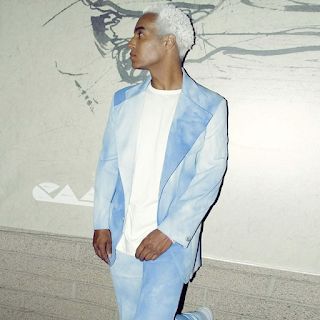 This May, nglccNY is proud to spotlight 360 MAGAZINE as our second nglccNY Biz of the Month! We spoke with Vaughn Lowery (he/him/his) about 360 MAGAZINE'S services and what makes his business unique. Read our Q&A with Lowery below: What is your business? 360 MAGAZINE is an award-winning international publishing popular culture and design. We showcase state-of-the-art brands, entities and trends to creators of global tastes within their respective communities. Our founding members possess more than 30 years of collective experience both as notable talent and uber-professionals in the fields of art, music, fashion, auto, travel, spirits and entertainment. We are not just journalists, but represent an advocacy and social change movement. What is unique about your business? In 2009, we came up with an organization that embraced POC, women and the LGBTQIA+ community. Our mission was to extend the microphone to their once unheard-of voices. To date, the platform has continued to
Read more 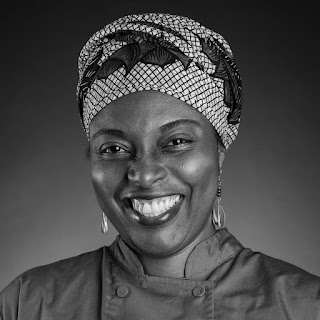 This April, nglccNY is proud to spotlight Asempe Kitchen, LLC as our very first nglccNY Biz of the Month ! We spoke with Kuukua Dzigbordi Yomekpe (she/her/hers) about Asempe Kitchen’s offerings and what makes her business unique. Read our Q&A with Yomekpe below:   What is your business? Asempe Kitchen, LLC is a West African catering, pop up, and culinary experience company that specializes in providing vegan options to traditional authentic West African food. Our Culinary Experiences strive to build bridges and heal schisms and bring together people from various parts of life's journey. What is unique about your business? Asempe Kitchen, LLC is unique in that we don't just serve food, we want to know who you are and how you came to be where you are by using food as a connector. We all eat at some point, why not do it together? How has being a Certified LGBTBE® impacted your business? Why did you join nglccNY? I recently got certified...what has happened as a result is tha
Read more 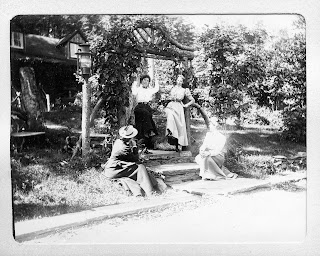 The first time Victoria Munro visited the Alice Austen House, nearly two decades ago for a self-guided tour, she left the museum not knowing that Alice Austen was a lesbian. The museum was a charming building, set with antique furniture, but the appeal ended there. Fast forward to present day, Victoria Munro now serves as the Executive Director, the first lesbian woman to do so, ensuring that the history of Alice Austen is an accurate one, with a narrative that is representative of Austen’s work and her life. Alice Austen was a Victorian woman born in 1866. Abandoned by her father at an early age, Austen soon moved into her grandparents’ house, which is the house we now know as the Alice Austen House located in Staten Island, New York. Austen lived in the house with several adult relatives, including her mother and uncles, allowing her the autonomy to pursue whatever interests came her way. An early photographer, she was given her first camera at the age of ten by her Uncle Oswald, and
Read more

He Is “The Gay Leadership Dude®” 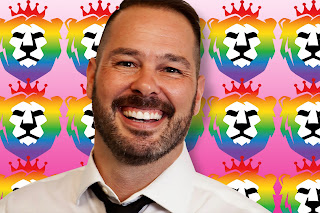 Whether you know him as Steven R. Yacovelli, Ed.D., Dr. Steve, “The Gay Leadership Dude®,” or just Steve, if you’ve ever met him, you’ll remember him for a long time to come. Steve has that kind of positive energy, coupled with incredible experience and wisdom that he wants to share with you and with the world.  Photo Credit: Steven Yacovelli Steve began his career in software training with adults back in the pre-Windows days of DOS. This was the beginning of his learning how to communicate with adults. After earning a Master’s in Educational Policy and Leadership Development, he joined Disney Cruise Line, working in the areas of leadership, diversity, and inclusion. While at Disney, Steve also started a “side hustle,” TopDog Learning Group in 2002. TopDog remained in the background until shortly after he was laid off. In 2008, Steve went full-time with TopDog and has never looked back. Today, he and his “TopDoggers” (Steve’s affiliates) serve a global marketplace in the areas of lead
Read more
More posts