In 1981, a mysterious virus plagued the gay community. Hundreds of men were dying with little understanding of the cause, creating an intense fear and stigma, not only of the virus, but also of the people it inhabited (mostly gay men). The virus was first offensively called “Gay Cancer,” by the media and others but the language evolved into what we now know to be AIDS, the Acquired Immunodeficiency Syndrome. At the height of the epidemic, hundreds of thousands of people were dying. And thanks to the work of advocacy groups such as ACT UP and GMHC, treatments have since been developed. However, the AIDS epidemic is far from over. HIV is still the most common infectious killer in the world. Nearly 37 million people around the world are living with HIV. Almost 40 years later, and billions of dollars invested in research, there is still no developed cure.

One non-profit organization that has dedicated its work to this cause is the Research Foundation to Cure AIDS (RFTCA), “an alliance of leaders from diverse fields who are developing a cure for AIDS that is accessible and affordable for those in need worldwide.” 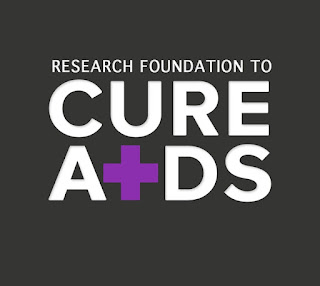 To learn more, we spoke to RFTCA’s president and founder, Kambiz Shekdar, PhD. Shekdar, a biotechnology inventor, is a scientist by nature. He received his PhD at The Rockefeller University, where he invented Chromovert® Technology, “a novel technology that allows access to highly desired, exceedingly rare cells that had otherwise remained out of reach. This technology was the basis for the Chromocell Corporation, and it holds promise for the development of a cure for AIDS.” 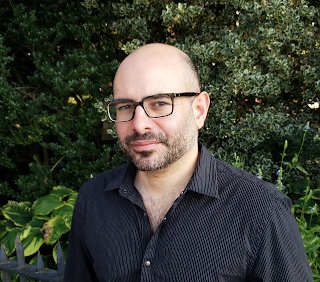 The inspiration for RFTCA came in 2014, to provide this unique technology to develop a global cure, transferring the biotechnology from the private company to the non-profit organization. Shekdar donated the technology to RFTCA, working on a pro-bono basis, which is what sets RFTCA apart from other organizations. “We have our own biotechnology to cure AIDS,” Shekdar explains. “We wanted to move towards developing a global cure, done on a charitable basis, so that everyone could have access to a cure.”

RFTCA has already obtained several streams of preliminary proof-of-concept data in the laboratory, but much more can and must be done. In order to continue and expand this research for developing a cure, RFTCA is currently raising awareness to support the idea that a cure is possible, as well as raising funds needed to pay for the scientific team and the research. While there are several other HIV/AIDS advocacy organizations, many are funding people living with HIV/AIDS, but not necessarily funding research around finding a cure.

Fortunately, nglccNY has been a positive resource to RFTCA. Shekdar shared his positive experiences with the M3 Mixers, being able to expand his network, and learning more about different organizations in the community. “I’ve been really impressed by the skills at hosting some of these mixers on Zoom!” he said.

There are also several ways that we, as LGBTQ-owned businesses and organizations, can support RFTCA's work. If you have a service or skill that you’d like to contribute to the cause, “RFTCA can use all skills and all ideas.” You can also help to raise awareness by sharing RFTCA’s story on your social media pages. Their biggest source of funding is from birthday fundraisers on Facebook, so if you have a birthday coming up or want to start a Facebook fundraiser, RFTCA is a great cause to support. You can also like their Facebook page or follow them on Instagram to raise awareness and share with friends (#freefromaids #rftca). 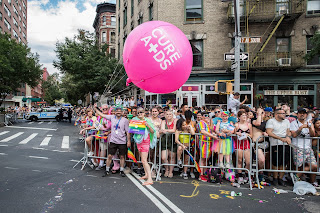 When thinking about the past 40 years in relation to HIV/AIDS, Shekdar was able to provide a hopeful glimpse into the future. “There’s a chance that we have today to move this cause forward.” To visit the one-stop shop for volunteering, donating, and signing up for the newsletter, you can find more on their website.

Written by Michael Venturiello, the founder of Christopher Street Tours, an LGBTQ history organization. Michael is a proud member and Ambassador of nglccNY and sits on the Media and Communications Committee.